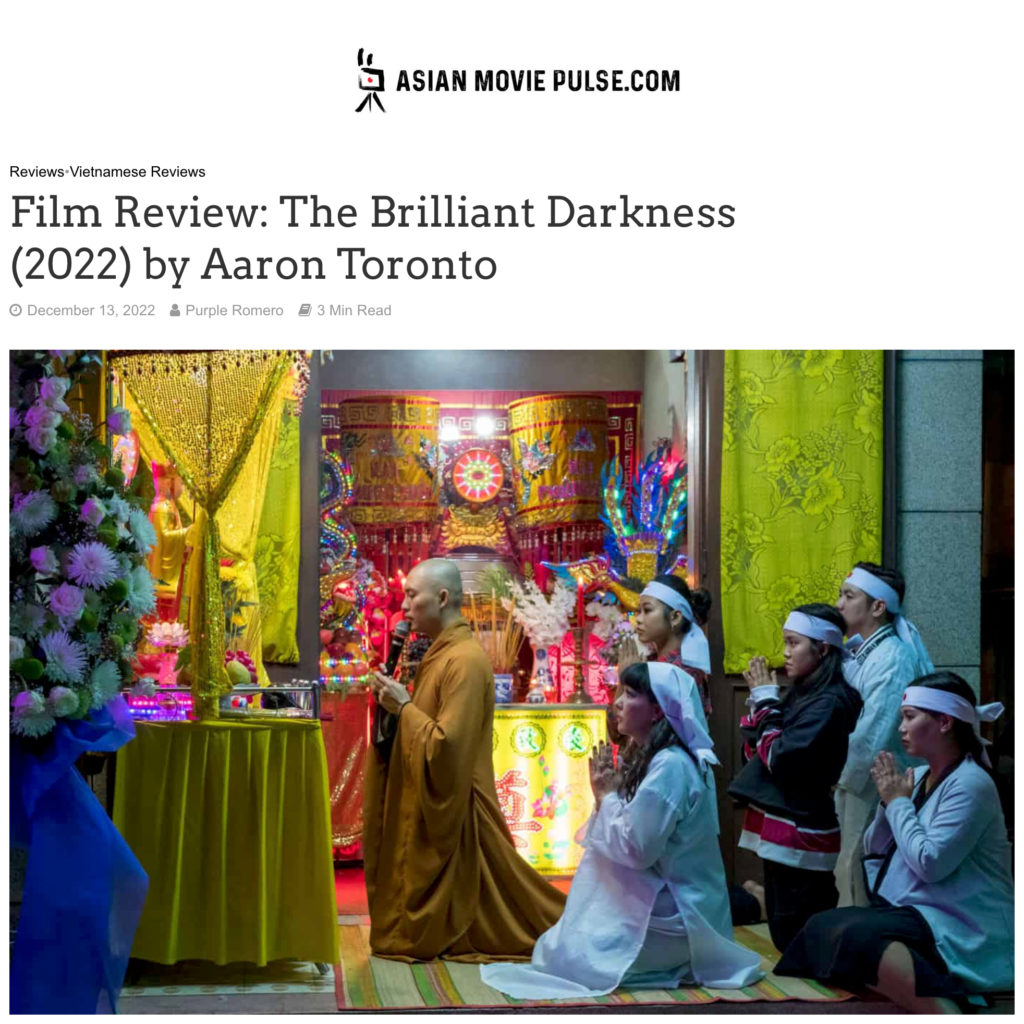 Make no mistake, even with its premise of morbid, criminal syndicate-level of violence, “The Brilliant Darkness” is ultimately a film about family; of being part of one and all the fuckery that could come with it. Directed by Aaron Toronto, Vietnam’s official entry to the Golden Globe for the Best Foreign Language Film category adeptly enmeshes macabre with trauma that it pulls audiences into different directions of malevolence but also puts them at the center of irreparable, devastating dysfunction.

The film will be available on digital, including Amazon Prime Video, starting Friday, December 9, 2022.

The film sees a reunion of sorts as Song (played by Nha Uyen Ly Nguyen, who also co-wrote and produced the film) goes home for her grandfather’s funeral. She gets to see her mother and father, her sister Kim, elder brother Kingsley and his wife Ruby and especially her daughter, whom she hasn’t seen for a while following her messy divorce from her husband.

The reunion forces her to confront her inner demons. But the same goes for the rest of her family too, as each of them is compelled to dig deep into their history riven with different kinds of addiction caused by toxic patriarchy, of wounds created by a cycle of abuse. What brings each ugly family secret to the fore, however, is a deus ex machina like no other: that of a haunting threat from a criminal syndicate that their father would be killed if he fails to settle a large amount of debt come sunrise.

The setting, that of a funeral defined by tradition, customs and rituals, creates the delectable atmosphere of contrast between the family turmoil and the appearances they have to keep, the perfect public persona they have to project. The music, the celebration, the food, the color outside serve as the impenetrable smokes and mirrors for the tumult that goes inside their house.

Dominic Pereira and Bui Cong Anh did an impeccable job in maneuvering the lighting and colors to heighten the unraveling of each character. This is a movie of twisted moods and dark humor, one accentuated by frames bathed in deep reds and calibrated levels of black and brightness. Their efforts complemented that of Toronto who executes gorgeously cinematic composition, especially those in scenes between Song and Kim.

The story takes place mostly inside a house, making the production minimal but larger than life at the same time, as every part of it is designed to show the family’s deterioration, individually and as a unit. From the balcony to the kitchen to a makeshift cell, the house clearly differentiates itself and deviates from the notion of a home.

The ensemble cast, from Nha Uyen Ly Nguyen, to Diem Phuong, Kien An, Kim B Ngo, Xuan Trang, Phuong Dung, to the child actor and actresses, draw the audience effectively to their convoluted story of fealty and sacrifice. Each of them lends “The Brilliant Darkness” its stirring shine, from the portrayal of the irascible father to the relatable performance of the adolescent granddaughter who just wants to drown and disappear in escapist rock and roll music.

The cat-and-mouse thrill in the film doesn’t get lost in the drama and vice versa.It has its moments of emotional, psychological turbulence but does not fall into an unnerving lachrymose trap. “The Brilliant Darkness” makes use of blood, one in the literal sense to paint the gruesome and the gore and the other one in a figurative way, to illustrate why the sometimes damaging bond of familial ties is painfully hard to break. 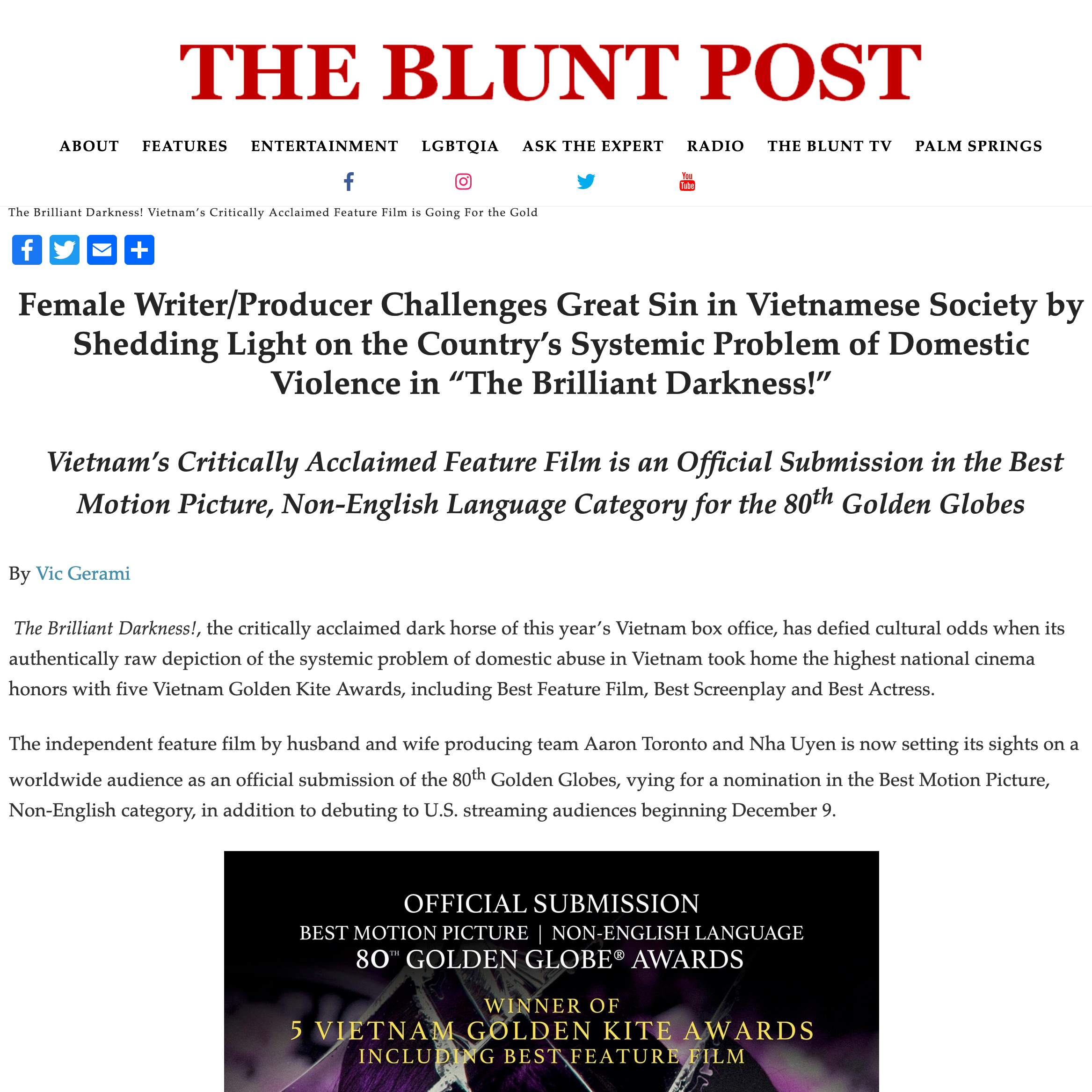 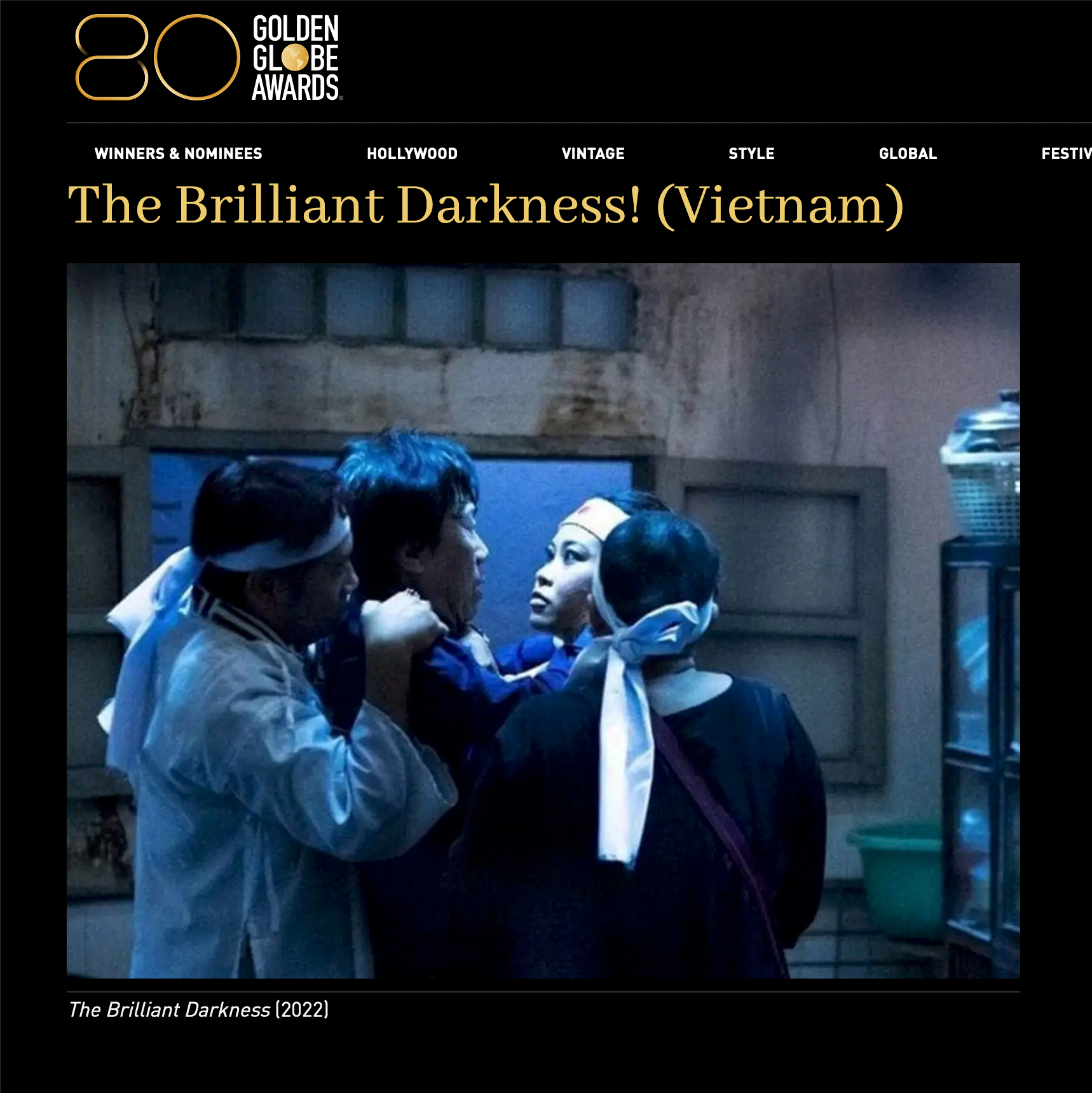