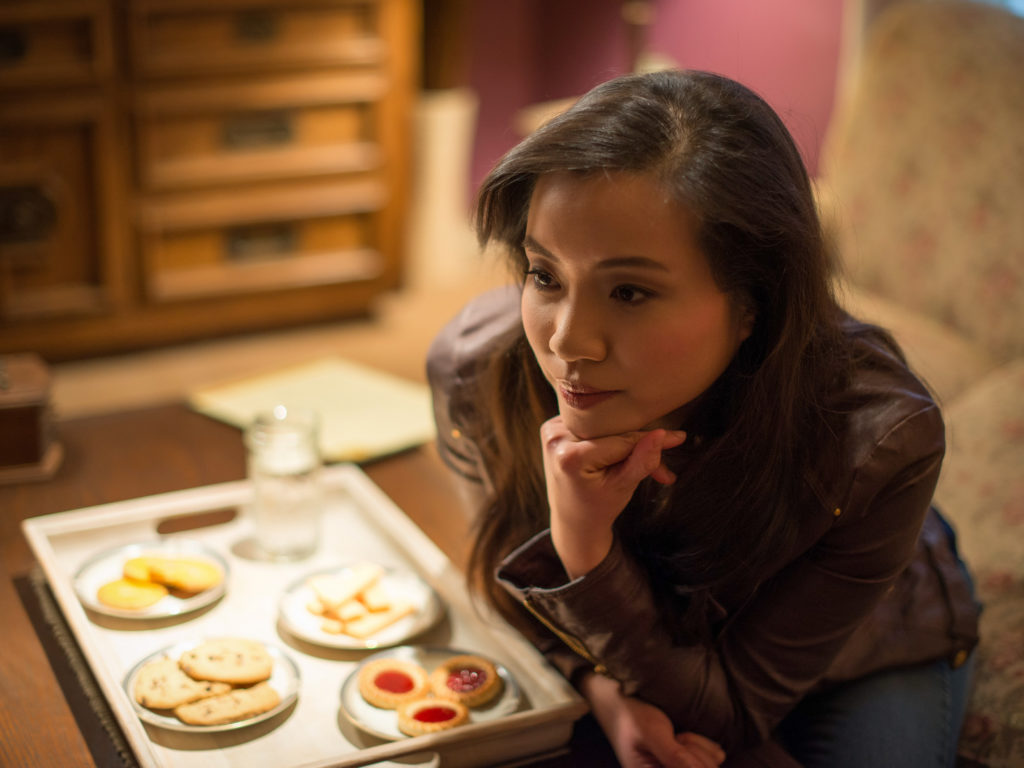 From the Intercom
By Li-Wei Chu
Published September 29, 2019

In this genre-spanning film, director Minh Duc Nguyen brings the magic of moviemaking to his backyard of Garden Grove, CA. Actress Wanted follows struggling actress Mai (Thien Nguyen) as she takes on an acting job that seems perfect for her—to recreate an older Vietnamese man’s (Long Nguyen) most cherished memories by acting as a stand-in for his dead wife. But trouble brews when Mai plays the role a little too well…

Heavily inspired by the suspense thrillers of Alfred Hitchcock, Actress Wanted gives a unique Vietnamese American spin on the genre, exploring a side of the community that goes underrepresented on-screen. Minh Duc Nguyen, who wrote and directed the film, refuses to hold back on the horrific moments while honoring the film’s overarching theme of loneliness. However, at times the rollercoasters of emotion gets to be too much—the film switches from heartwarming to horrific so much it might give you whiplash.

Long Nguyen gives a great brooding performance as Vu, while Thien Nguyen captures the millennial optimism of a young, struggling actress quite easily. Though there are genuine moments between the two (the two recreating a scene in the library stands out as a highlight), occasional awkward dialogue and delivery muddle the film’s message in the rest. Moments of tension don’t quite reach the heights it needs to at times (the climax falls a bit short), but the film’s reveal is genuinely shocking. Minh Duc Nguyen’s writing abilities make Actress Wanted one of the more intriguing storylines out there—even if the direction of the film ultimately needs to be tightened up.