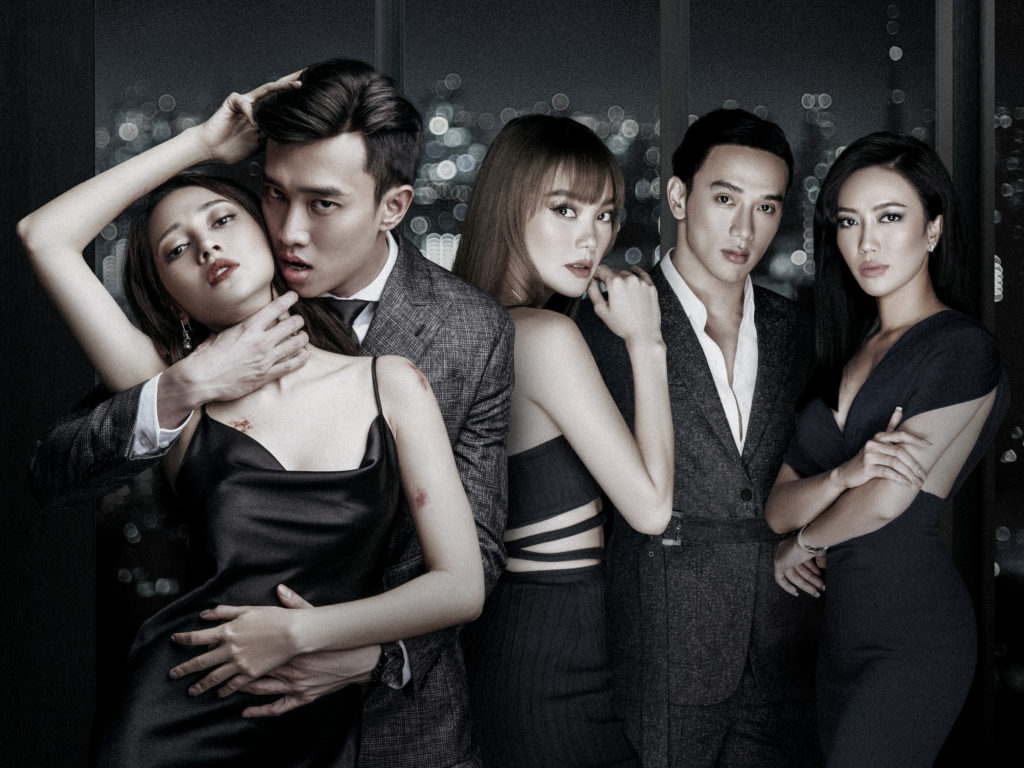 “MILLION VIEW” FEMALE DIRECTOR DINH HA UYEN THU HEATS UP THEATERS WITH THE WIDEST OPENING EVER FOR A VIETNAM FILM ACROSS THE U.S.

Bẫy Ngọt Ngào (Naked Truth), the female-directed seductive drama that convincingly wooed Vietnam audiences to take the crown as the current champion of the 2022 Vietnam box office, now has its eyes set on charming U.S. audiences with its theatrical release on Friday, April 22, 2022. Slated to open in over 50 major theaters from coast-to-coast, Bẫy Ngọt Ngào (Naked Truth) accomplishes a significant feat by having the widest theatrical opening weekend in the U.S. for a Vietnam film.

The film is a spin-off of the popular Vietnamese sitcom, Chiến Dịch Chồng Ế, which revolves around four close friends determined to escape singledom. The film Bẫy Ngọt Ngào (Naked Truth) takes place during the time when the four friends reunite after years apart to celebrate the 3-year marriage anniversary of the group’s lone successor to have found marital bliss.

In Bẫy Ngọt Ngào (Naked Truth), Ms. Đinh deftly weaves a poignant story about the strength of lifelong friendships, the hidden darkness of domestic abuse, and the power of personal liberation. Layer by layer, concealed lives are revealed, trapping each character in a tangled web of dangerous secrets that threaten to push precarious relationships over the edge.

Director Đinh Hà Uyên Thư shares, “…I chose to venture into the topic of domestic abuse because on one hand, it is inherently a burning issue of contemporary society. On the other hand, I’ve also been a witness to listening to real stories from those around me. Thus, I chose this theme for the screen to express my past contemplation about the matter.

Mr. Thien A. Pham of 3388 Films, the North America distributor of Bẫy Ngọt Ngào (Naked Truth) says, “This film combines the perfect amount levity and gravity that is certain to make a lasting impression on the movie audience. We’re extremely proud to be able to actively expand distribution opportunities for international and independent films. In 2021, we marked a historical milestone with Bố Già (Dad, I’m Sorry), the first Vietnam-produced film to cross $1M at the U.S. box office. Now this year in 2022, Bẫy Ngọt Ngào (Naked Truth) is coming to U.S. theaters boldy as the Vietnam film with the widest theatrical opening weekend. Through the collective supportive of many partners and communities, we earnestly look forward to continuing our work to help films reach a wider global audience.”

Bẫy Ngọt Ngào (Naked Truth) is directed by Đinh Hà Uyên Thư, produced by Live On, with a US theatrical release by 3388 Films. The film opens on Friday, April 22, 2022 in theaters across the US.

For more information about the film, visit: www.BayNgotNgao.com

3388 Films is a production, post-production and distribution company with proven experience in more than 20 different markets & languages, and specialized in Asian and Southeast Asian media and film content. We are champions of underrepresented and underserved independent and international content creators. Our mission is to create with intention and to connect diverse media & film content to global audiences. Recent US distribution projects include Bố Già (Dad, I’m Sorry), the first Vietnamese film to cross $1M at the U.S. box office, and the epic action fantasy Tam Cam: The Untold Story, directed by Veronica Ngo, whose credits include roles in Star Wars: The Last Jedi and Bright with Will Smith. 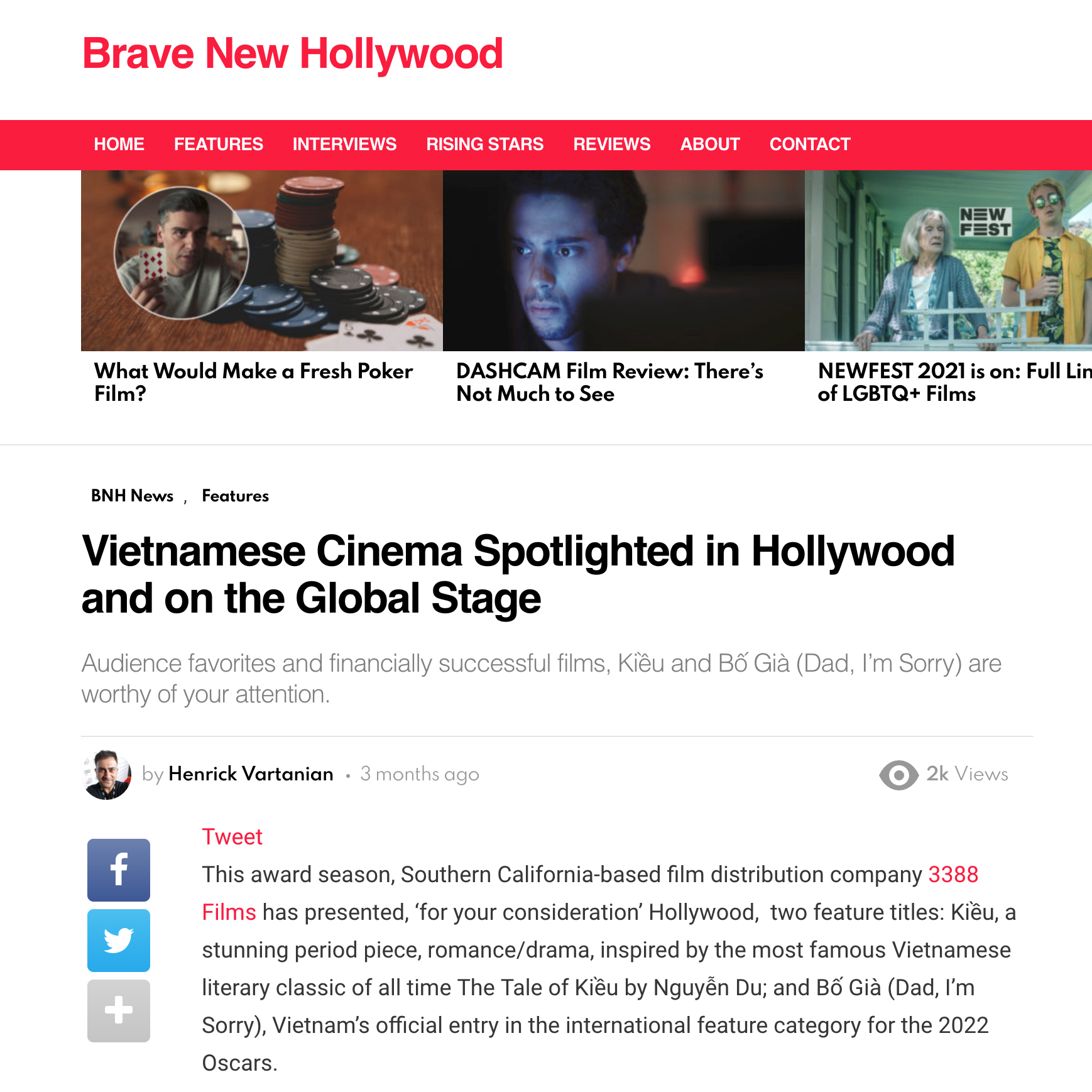 Vietnamese Cinema Spotlighted in Hollywood and on the Global Stage